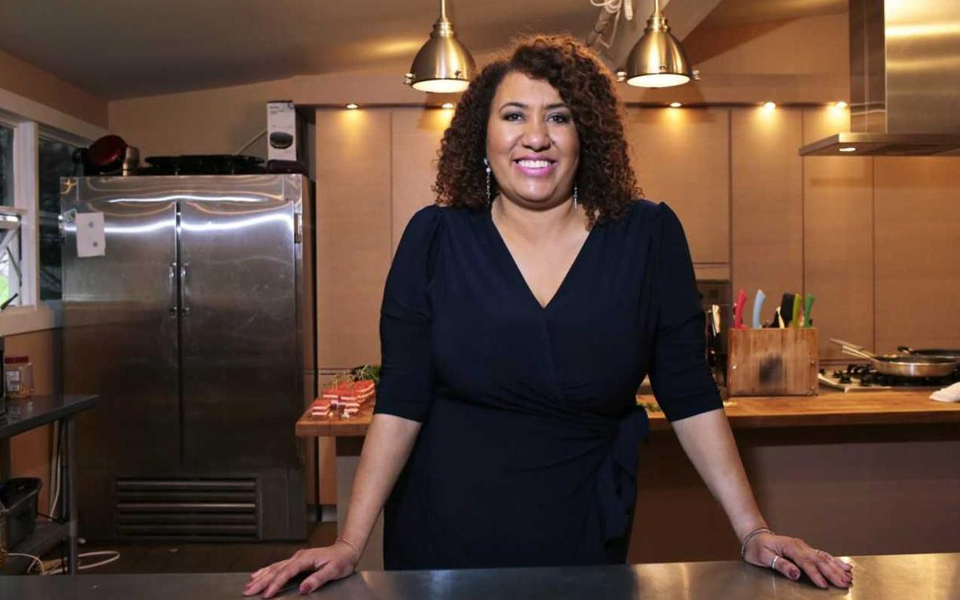 She and her husband, Glenn Pogue, are opening their sixth East Coast location in the city. The couple closed on the former Spruce Hill Manor B&B in Philadelphia’s University City section on June 14.

They invested more than $1 million to purchase the 1879 Victorian mansion, which will be renamed Akwaaba Philadelphia. The inn features common spaces, landscaped grounds for small private events and six guest suites, all with private baths and most with living rooms and kitchenettes.

Greenwood and her husband established their hospitality business in 1995 with the opening of Akwaaba Mansion in Brooklyn, N.Y. The innkeepers own additional locations in Washington, D.C., on the Jersey shore in Cape May and in the Pocono Mountains.

“From a business perspective, Philadelphia makes a lot of sense for us because Philadelphia is in the top three feeder sites for our other locations,” said Greenwood, a former editor-in-chief of Essence magazine.

“We get tons of guests from Philadelphia who come to Brooklyn, to D.C. and the Poconos. Now we’ll be in their backyard. We think we are in a great market. We are in University City with two universities — Drexel and U. of Penn (University of Pennsylvania). We are in walking distance of the Philadelphia Museum of Art and the Barnes Foundation, the Philadelphia Zoo and 30th Street Station.“

A “first look” open house for Akwaaba Philadelphia will be held July 4 from 12 to 4 p.m. at 3709 Baring St. The event will feature the unveiling of the design plan and theme, light refreshments and a performance by the Jeff King Band.

“We are very excited about our theme because it is a celebration of our Philadelphia Black culture,” Greenwood said.

Greenwood said she wanted to host an opening celebration on July 4 because “it has always been our tradition to open each of our inns on this day as a declaration of our personal independence as entrepreneurs.”

Akwaaba Mansion in Brooklyn is a winner of the Travel Channel’s “Hotel Showdown,” and the company’s Poconos location, the Mansion at Noble Lane, is the site for “Checked Inn,” the family’s reality show on OWN: Oprah Winfrey Network.